I heard bout this event through the radio and coincidently my tuition class on that day was cancelled. So, I called up a friend and we headed to The Curve at Mutiara Damansara at 12pm, last Saturday. We had lunch at the food court. The food was good (my fav is the western roast chicken but darn the delicious curry mee’s stall was close. It was damn delicious) Anyway, I’m not a big fan of MI but the main reason why I want to be there is to practice on photographing live performance show. This is a great chance. The show started at 3pm, I was already nearly at the front stage holding my camera. Saiful from MI Season 1 performed as the opening. One thing I learn from this experience is, if you stand too near to the stage you hardly can hear anything. I mean, there’s only loud sound but it’s hard to understand what was it about. It took me few minutes to guess what was Saiful actually saying and the song he sang. So, if I came there only to watch the show, it will be a great waste of time. Unless I choose to watch from the above floor. My finger keep snapping the picture. It was quite difficult than fashion show shooting coz it is hard to guess when the singer gonna stand still. Anyway, here’s some photos from the event. 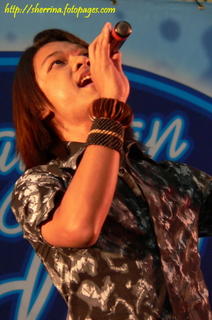 It was hard to figure out what song he sang 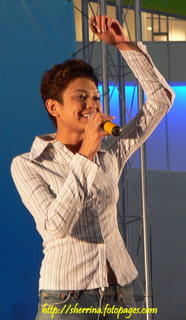 I heard that Nita used to perform in pub. No wonder she knows how to control her voice and body movement in such event. I managed to capture few good pics of her. It was also easy to guess the song that she sang. 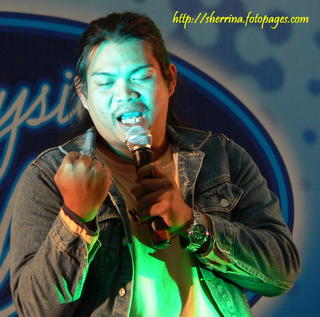 This rockers was singing with full energy till I can’t catch the song till he finished it. 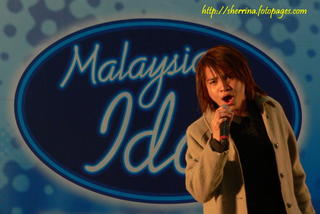 This cute and friendly fella sang quite well. I guess the MI did polished his skills.

Full version can be viewed at http://sherrina.fotopages.com