My parent and I had an opportunity to visit the Pameran Kegemilangan Sains Dalam Tamadun Islam which is currently held in KL Convention Centre until end of the week before it will be moved to Pusat Sains Negara.

We arrived at about 12.30, trying to find the cheapest place to park and ended up park the car at the KLCC basement parking lot. My mom and dad have not come to KLCC for years and they took the opportunity to check out new stuff in KLCC. We headed straight to the convention centre. I could see huge crowd from far. Many students came from various schools in colourful uniforms. There were also government staffs as well.

We were given a token for Cabutan Bertuah which were held later. My mom tour on her own, me and my dad were reading every description and we were discussing heavily about how the machine works. It is really awesome to see those creation and to think how did they created it with so little resources and limited of technologies?

At the end of the program, we gathered near the stage for Cabutan Bertuah session. We were unlucky but my mom won a pendrive. She doesn’t know what a pendrive is and yet she is so lucky to won it. I was thinking of using it for myself when my mom said that it will be a birthday present for my sister. Duh!

It was fun and full of knowledge. Everyone should visit it especially the muslims. 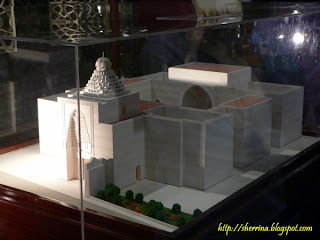 One of the creation. One of the student were discussing about the location of this mosque and my mom overheard them and told them that the place is in Iraq. The students thanked her profusely and asked if she’s a teacher. I cheekily replied, “dah aihh…darjah tiga pun tak habis”. Tee…heee….heee…… 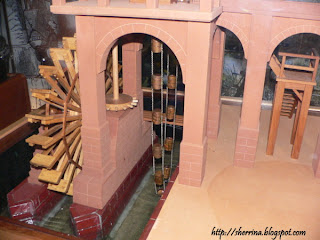 I find that this is one of the most magnificent tool ever created during that era. It is a tool to carry water. I played with it several time while my dad explained how the gears and the pulley and stuffs works. 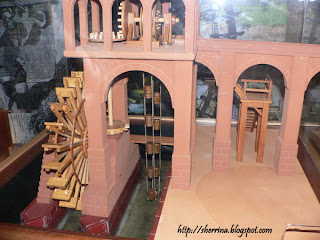 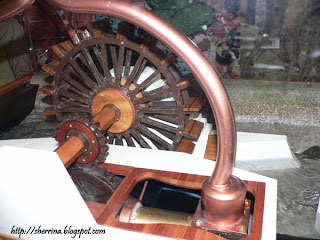 Another machine created to transfer water. The machine is moved by the current of the river. 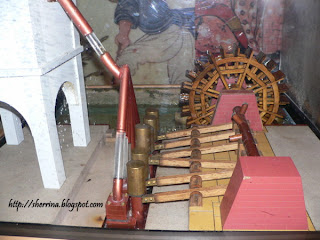 Very creative way to collect water and push it up to the place where the water will be collected and transfered. 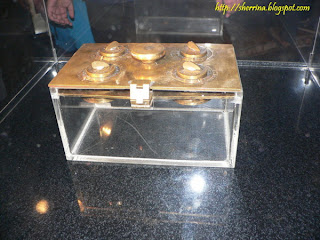 We were looking at it and had no idea at all how it works. This is sort of like security numbers for safe deposit. The four top turning knob is security knob. It works like the safe deposit box where you have to turn the knob according to the password. Absolutely genius. 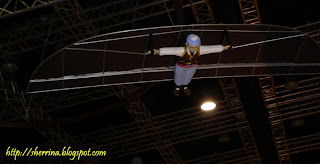 This fella is known as Birdman coz he was the first to be able to glide on air. Unfortunately he forgot to learn how to land safely. Ouch! 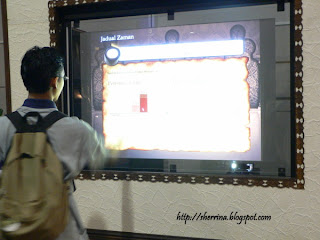 There’s also a huge screen where you can touch and learn about the history.

I urged everyone to visit the place and learn as much as you can. Don’t forget to watch the flat screen tv where it is available around the place for you to get to know about the Muslim scientist in the past.