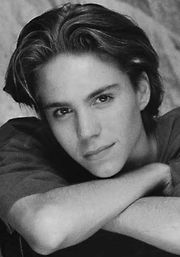 When I was a teenager I was like other teens. We would love to collect posters of popstars. When I was in CBN, it was something new to me. I was never exposed to poster collecting and admiring pop star when I was a kid coz we were too busy playing with bicycles and other games that we spend little time glued to television. If I was in the house watching tv, it will be cartoons as I did not like to watch drama or soap operas that much. So I was not so exposed to Home Improvement or Seaquest or stuff like that. When I was in Form 1, most of my friends around me had at least 1 pop star poster in their file. It was either JTT (Jonathan Taylor Thomas) the Home Improvement kids, or some other teen star from Hollywood. It was a new thing to me. I also started to flip through magazine to find a pop star that I might like. I stumbled upon Jonathan Brandis when I was reading one of the oversea pop star magazine called Blooper (I remembered that the magazine was really expensive, RM25 I think) and I think he’s cute and smart. So I started to collect his posters and rent out his movies from local video rental store (there was no such thing as VCD at that time, it was VHS) and I started to like him. I rememebered I admired and collected his posters and articles till I was Form 4. When I went to MRSM Terendak, the hectic life of living in boarding school slowed down my interest. Slowly I forgot Jonathan Brandis until I went to university and now I’m working. As I was reading The Star last Wednesday, I was shocked to find out that Jonathan Brandis took his own life in 2003. Where was I in that year? umm…oh yeah, I was busy with working and studying. But I guess it’s not published in local newspaper. That’s why I didn’t know about it. The news took me back to my teen years where I collected everything about him. I’m sure I still have those stuff somewhere in boxes in the room. It’s sad that such a talented actor like him took his own life at the age of 27….. 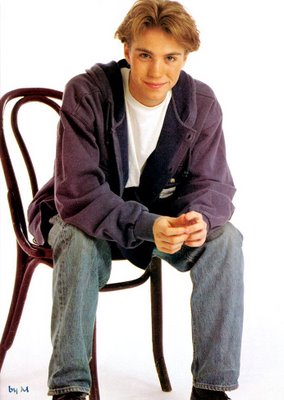