I have been watching a small tragedy unfold here in Kuala Lumpur. The story is hardly unique to this lovely city, but is, unfortunately, common around the world as our demands for living space take up more and more of our natural resources. Compared to the huge misery of a natural disaster like the Tsunami, it is nothing, but it must be terrifying for the little beings involved.

A troop of about fifteen to twenty monkeys were a regular part of the scene at the international school where my wife works. They seemed to consider the whole campus as their territory to be shared with the fascinating big monkeys, humans, who outnumbered them, but provided endless diversion. There were some big males, lots of juveniles and several young females with the most appealing little babies clinging to their bellies as they moved nimbly about. From time to time the alpha male would stroll up and down the halls of the school finding it completely appropriate that students scrambled to get out of his way. The whole troop loved three things. The spectacle of students working on computers in the library was endlessly diverting and often you could look at the windows and see eight or ten earnest little faces in a row watching the shenanigans on the screens. The swimming pool was a source of fascination and bemusement; why are the big monkeys jumping in the water and thrashing about? But best of all was soccer; these monkeys were the best spectators ever and would race around the fence top following the movement of the ball. If swimming was incomprehensible to them, soccer was entirely obvious and joyful.

Unfortunately, the monkeys have fallen victim to the same expanding demands of humanity that so many other species have around the world. And like so many other species, this little band has no where else to go. The school is situated on a hilltop as are many buildings in Kuala Lumpur. People build first in the many valleys between the hills and then move up the slopes trapping the fauna in smaller and smaller pockets of trees. Next door a steam shovel, bulldozer and trucks have now appeared and are busy flattening the last grove of trees on our hilltop and leveling the hill for construction of another condominium or shopping mall. The tree highway the monkeys used to come to the school has been broken and they no longer visit. Their home is being destroyed by huge roaring machines and they are being driven into a smaller and smaller area. There is no escape since there are buildings all around the hill. Eventually they will have to move through human habitats to escape. They will steal food and eat garbage. Most will die. Some will become dangerous to humans, possibly even rabid. The large males will become increasingly aggressive to protect their females and young. It’s a small tragedy; there are hundreds of thousands of monkeys in Malaysia, but for these little beings, it’s Armageddon. 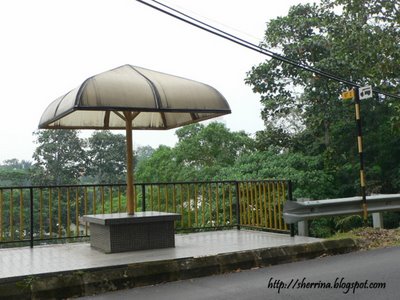 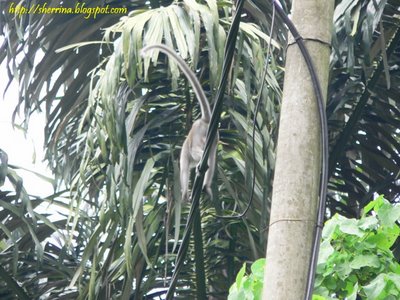 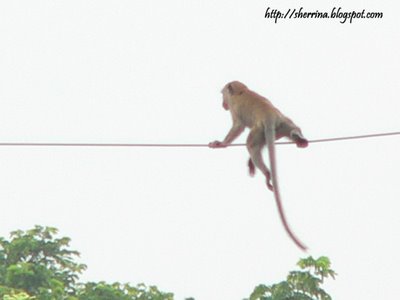 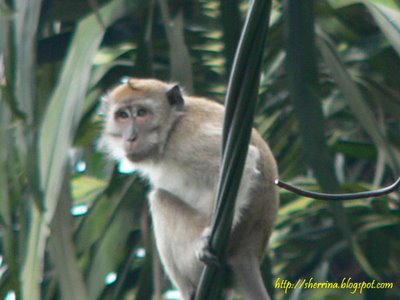