It was published at the frontpage of today’s The Star. A boy was kidnapped from his house in Subang Jaya, believed to kidnapped by his own relative. The kidnapper asked for RM500K for ransom. Not sure what actually happened. The boy’s father reported to the police. The boy was killed and thrown into a river in a bag. 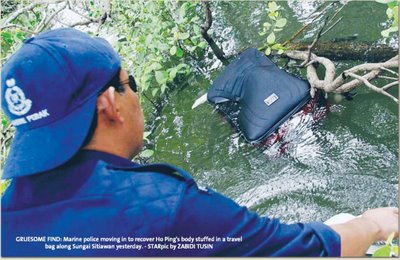 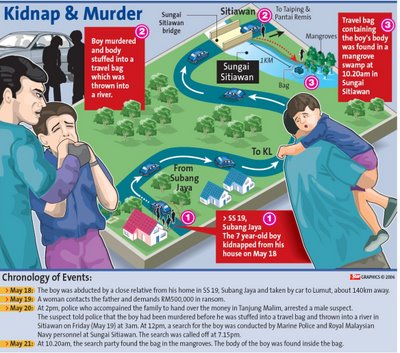 This case reminds me of a movie which I watched recently acted by Denzel Washington. It is called Man On Fire. In the story, Denzel Washington worked as a bodyguard to a family. His job is to protect their only daughter. One day, the kid was kidnapped right in front of his eyes and he injured badly. The bad guys shooted him. The family reported to police, plan the ransom. Gave half blank paper, half real cash. Something happened during the transfer of the ransom and the kidnapper killed the girl. The parents’s heart shattered to pieces especially the mom. At the end, the kidnapper actually didn’t killed the girl, instead hide her. The hero did his job, killed several bastards and rescued the girl by exchanging the girl with himself and the kidnapper’s brother.

After watching the movie and reading the news in The Star, I was thinking. If this kind of thing really happened to me or my family (mintak2 dijauhkan), what should we actually do? Will the involvement of the police make the matter worse? Should we play game with the kidnapper by acting smart or just follow the order? I think citizens need to be educated on what to do, how to response if such thing happen and how to avoid it from happening.

Dangers are lurking in every corner and street in our life. Pray to Allah for full protection and hope for the best.